Central Oregon is home to canids including coyotes, foxes, and much less commonly, wolves. Wolves are not usually seen in Central Oregon, but the Oregon Department of Fish and Wildlife has received reports of wolf and wolf track sightings near Terrebonne. Coyotes are the most likely to be seen, especially as you head east. If you find an injured or orphaned coyote, fox or wolf, do not approach the animal and call the Wildlife Hotline (541) 241-8680.

Coyote (Canis latrans)
In Oregon, the coyote is fairly uniformly distributed except for the northwestern corner of the state. It occurs in habitats ranging from grasslands to shrub-steppe to moist forests and from remote wilderness to urban areas. They spend considerable time in open areas that suit their hunting activities. They are largely nocturnal, though are also active at dawn or dusk. Although it is considered only a moderately social species, they possess a highly developed communication system that indicates long-term social relationships.
Photo: Yathin S. Krishnappa 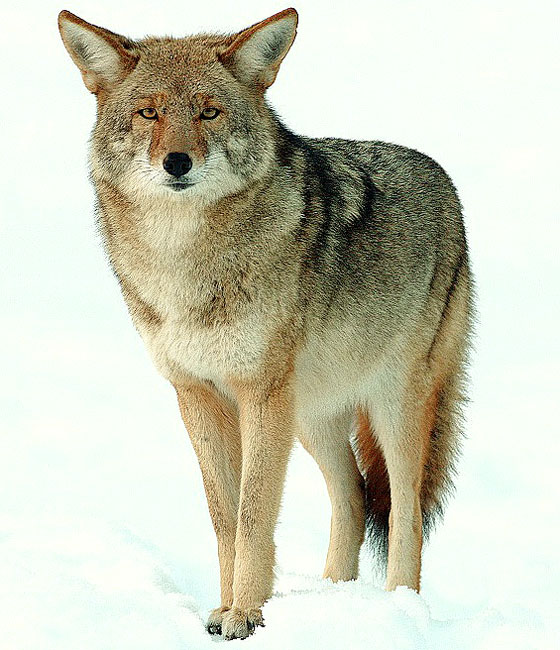 Gray wolf (Canis lupus Linnaeus)
Wolves commonly function in packs consisting of two to nine individuals; packs basically are family units. Pack cohesion is based on ties developed during courtship of adults and those developed during early life of the young. Wolves may be active at any time but tend to be more active at night. They travel extensively. Howling, distinctive among individuals, is used to assemble the pack and to advertise the territory.

By 2009, a group of wolves from Idaho established residence in Oregon. There are 16 known wolf packs in Oregon. Wolves have been seen in the La Pine area. It is expected that a group will establish residence in the Central Oregon mountains.

To report observations of potential wolf activity, use Oregon Department of Fish and Wildlife’s online reporting system or https://www.inaturalist.org/projects/oregon-wildlife-conservation or call 541-786-3282.

To learn more about the location of wolves in Oregon visit Oregon Department of Fish and Wildlife Annual wolf report. 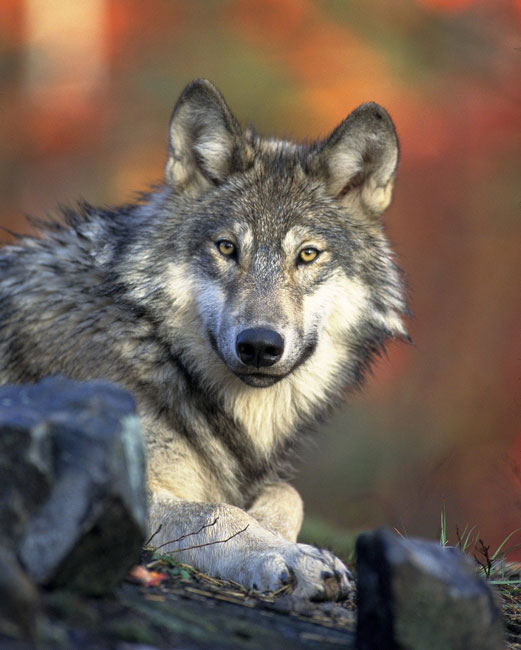 Common Gray Fox (Urocyon cinereoargenteus)
They inhabit wooded areas, preferring open woodland and riparian forests to dense coniferous forests. Although the gray fox may be seen abroad during daylight hours, most activity is nocturnal or crepuscular. Usually, the gray fox is secretive. Ground dens used by gray foxes frequently are the modified dens of other species; hollow logs, abandoned buildings, refuse piles, and rocky outcrops also may be used as den sites. Dens are difficult to spot as they are commonly concealed by thick, brushy vegetation.

Gray foxes climb trees to escape from predators, as well as to catch prey. Sometimes they choose to nap in a sunny patch up in a tree. They will occasionally use a hollow tree for a den well above the ground, in which to raise a litter. 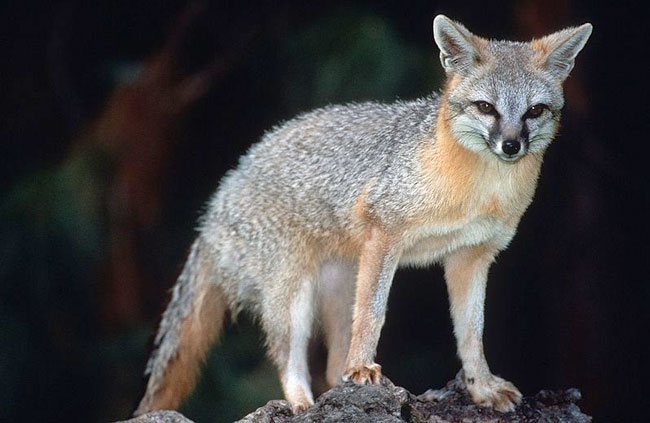 Red Fox (Vulpes vulpes)
Red foxes live throughout much of Oregon. This fox prefers open habitats such as meadows and grasslands that are interspersed with patches of brush or timber for cover. It is an opportunistic carnivore, eating what is available including voles, rabbits, various small mammals, birds and their eggs, reptiles, amphibians, fruit, and some insects.

The red fox is territorial and mates for life.

To report observations of potential fox activity, use Oregon Department of Fish and Wildlife’s online reporting system or https://www.inaturalist.org/projects/oregon-wildlife-conservation or call 541-786-3282.